Generally, FES systems could be classified into three groups: open-loop, finite state control and closed-loop approach. These three approaches describe the staging or evolution of FES systems from simple to more sophisticated ones. All mentioned approaches could be implemented and provided to the end-user with the help of Teslasuit. This unification, as we think, could cover, and simplify most stages of the FES decisions life cycle, starting from developing those in a lab as well as student and personal education, ending with the clinical use.

The exploratory study aimed to check the capabilities of full-body wearable Teslasuit technology as a self-standing FES device to be applied in medicine and rehabilitation. In particular, to confirm that Teslasuit can be used as an open-loop, finite-state control or closed-loop system.

The full-body Teslasuit is equipped with a standard electrostimulation system consisting of 80 channels (16 for every extremity and 16 for the back and belly, see Figure 1) and a markerless motion capture system with 14 inertial measurement unit (IMU) sensors (MoCap system, see Figure 2). Haptic editor tool allows to create, tune, and run stimulation patterns with various signal parameters for each of the 80 EMS channels with a fixed voltage of 60 volts: stimulation frequency could be tuned in the range of 1 to 150 Hz, and stimulation pulse width in 1–320 μs range.

Figure 1. Placement of EMS electrodes in a full-body wearable Teslasuit 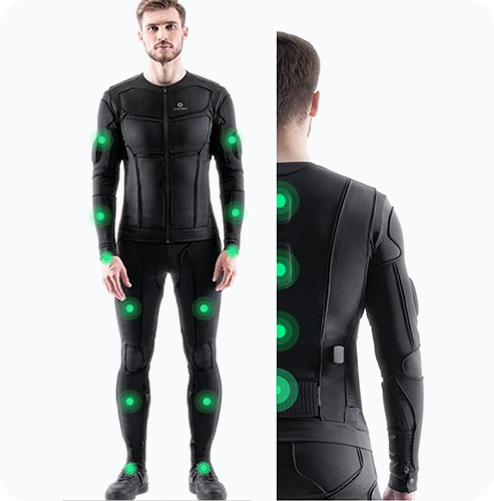 Figure 2. Placement of IMU sensors in a full-body wearable Teslasuit

To test whether Teslasuit technology can be used for FES, researchers applied the general description of different FES approaches and reproduced functionality using the built-in functionality of the technology or extended it with additional external functions through Suit client API in the form of minimum viable products (MVPs).

Teslasuit as an open-loop FES device

Teslasuit as an open-loop FES device

An open-loop system is already developed and implemented at the Teslasuit upper software level as the Haptic Editor tool (see Figure 3). Haptic Editor allows to create complex stimulation patterns varying different electrical parameters in time within any EMS channel or combining stimulation patterns between all 80 EMS channels. All these patterns can be saved as files for later use with the same or other test subjects. 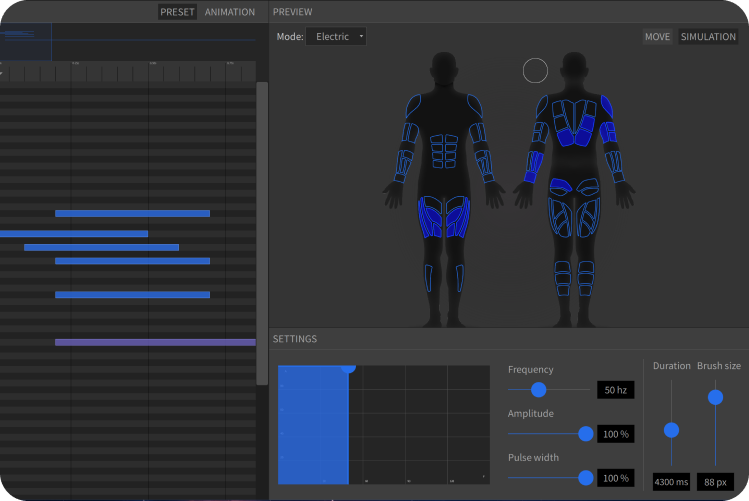 Academic research partnership with Teslasuit is a way to get access to Academic discount to perform top edge research in XR and medical field. We are looking for collaborators for:

Join the program Save up to 30%

Teslasuit as a finite-state FES device

Teslasuit as a finite-state FES device

To prove the concept of Teslasuit technology being used for finite-state FES, researchers used a motion capture interface with its applied data processing solution called Step detector. Step detector is an SLTM neural network model, trained on the pre-gathered IMU data (accelerometer and gyroscope) obtained from both legs and back of 6 healthy subjects during walking. The model was trained using a standard ML pipeline with the data divided into training (80%), test (10%) and validation (10%) data sets. The accuracy achieved for the validation data set exceeded 90%. 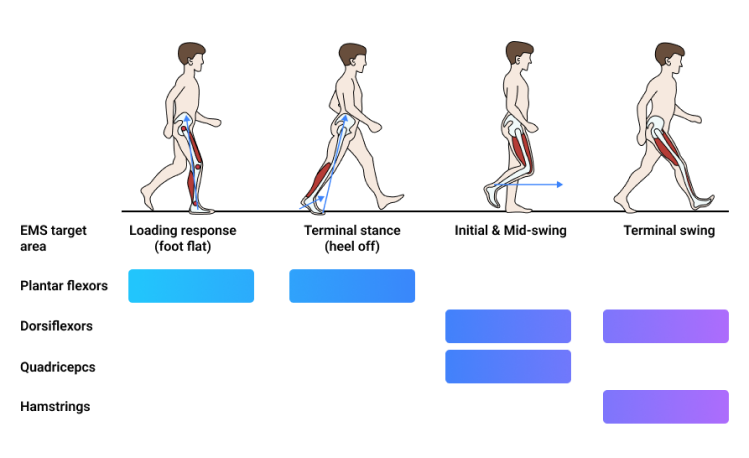 The stance phase is marked by plantar flexor contraction, followed by dorsiflexors contraction occurring throughout the swing phase. After the initial swing, there is a quadriceps stimulation to extend the leg. Hamstrings stimulation (optional) starts at the terminal swing to stabilize a leg and prevent making a step on a fully extended extremity.

Most of the discussion points from an open-loop approach are “inherited” in this MVP. Since finite-state systems heavily rely on input data additional validation of the MoCap system providing a set of step detection triggers is required. More sophisticated MoCap data such as ankle angles, angular velocity, angular acceleration could be tested as alternative triggers. For the end-user convenience, all MVP functionality (i.e., calibrations, EMS patterns editor, and running interface) should ideally be combined in our stand-alone program.

Interim results: Teslasuit technology is capable to be used as a finite-state FES device.

Teslasuit as a closed-loop FES device

Teslasuit as a closed-loop FES device

To prove the concept, an MVP based on a simplified closed-loop control concept for the straightforward task of elbow flexion control is constructed. Teslasuit motion capture system provides real-time data of the current elbow angle, which is then compared to the target value set by the operator. The difference between the current and the target angle as a resulting error is processed by the PID controller, which adjusts the required level of biceps stimulation.

Interim results: there is a potential to improve this MVP based on recommendations from healthcare professionals focusing on FES.