TESLASUIT Was Introduced at VRX Europe 2017

TESLASUIT took part at VRX Europe 2017, held in London. The event, sponsored by Intel, took place in the heart of London. More than 650 participants, directors, vice-presidents and C-level managers attended the conference.

The speakers were such well-known personalities as Tony Parisi from UNITY TECHNOLOGIES, Peter Frølund from HTC VIVE, David Bomphrey from JAUNT VR.

Our flagship product, TESLASUIT, was introduced there. This is a multi module smart full body haptic suit, which allows you to transmit sensations from the game process, including virtual reality gaming. The suit also has a built-in motion capture system and a temperature control system. These three parts, functioning together, can create special effects in AR/MR and full immersion in virtual reality. 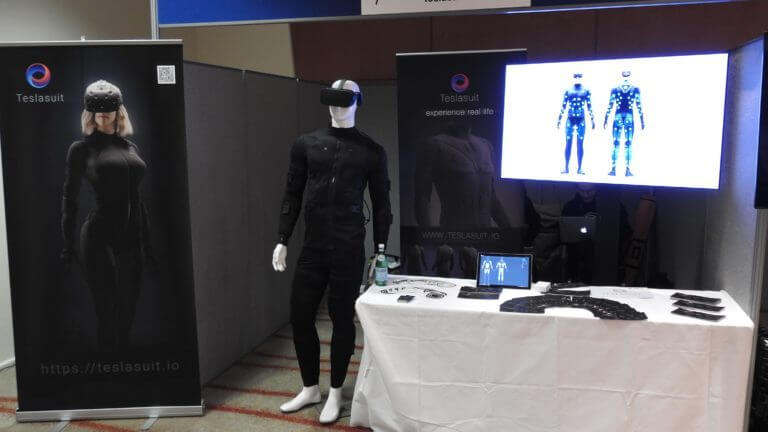 Testing TESLASUIT, the participants of the event had received unique experience as a part of the demo and estimated our booth positively. 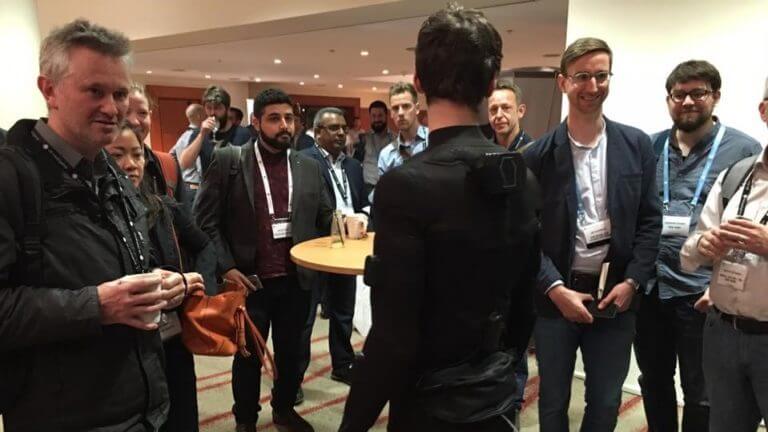 The TESLASUIT team thanks the organizers and sponsors of VRX Europe for the opportunity to participate in the event and looks forward to mutually beneficial cooperation in future.