Motion Capture: What Is It?

This is the first post about motion capture. It is one part of TESLASUIT multimodular system. Functioning in conjunction with haptic and thermal control systems motion capture can immerse the wearer deeper into gaming and VR environment.

Motion capture, or mo-cap, is a process of digital recording of people’s or objects’ movements.  Motion capture technology is widely used in entertainment, notably in gaming industry and filmmaking. It is also called performance capture if it refers to designing more complex patterns, such as facial expressions or finger movements. The actions of people are recorded and this information is used to create a 3D digital model. The movements are scanned many times per second and are broadcasted to the digital environment. As a result, the character reproduces the human’s movements in real time. 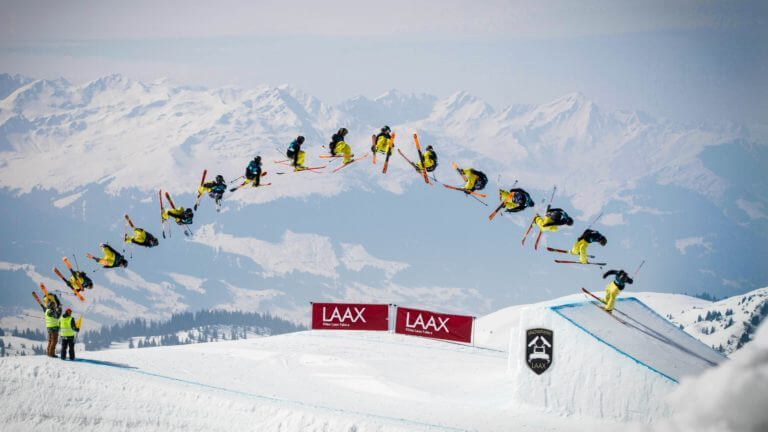 There are two types of motion capture systems, optical and non-optical.

Optical motion capture uses several peculiar cameras that see an object or person from different angles. This type of technology works like a binocular vision through which we see the surrounding world as voluminous. In the same way, using 2 or more cameras that monitor one or several objects allows to transform it (them) an object into a three-dimensional model(s). Optical motion capture systems are divided into two types.

Marker motion capture system is the technology of motion tracking where special equipment is used. A person wears a suit with built-in reflective markers. While actor’s moving or taking postures, the markers’ positions are fixed by cameras and get to the computer, where it is summarized in a single three-dimensional model that accurately reproduces the movements of the actor in real time. – Marker motion capture system allows reproducing the facial expression of the actor. In this case markers on the face that allow recognizing the main mimic activity are needed. 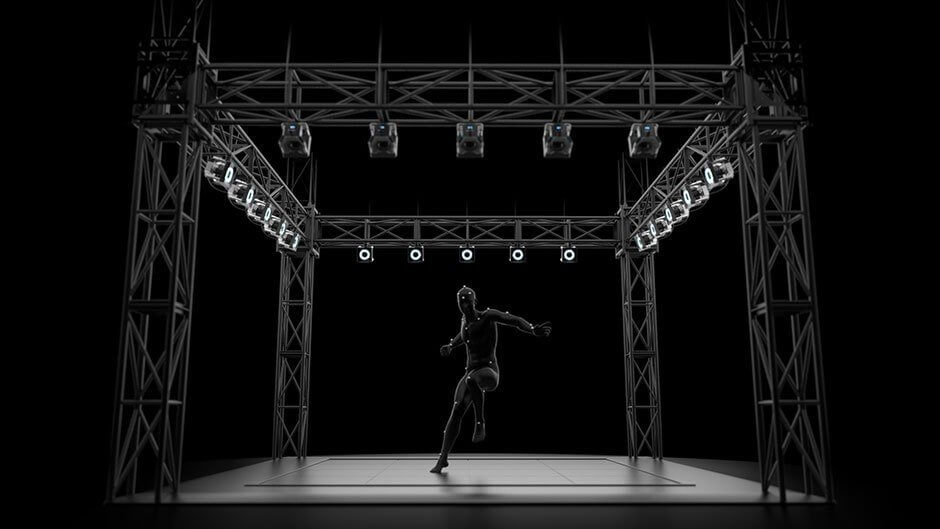 Active markers are sources of light themselves. As a rule, these are LEDs that emit an electromagnetic field that is detected in real time. Each LED is assigned to an identifier, which allows motion capture software not to confuse markers with each other, and also to recognize them after they have been blocked and reappeared in the field of cameras’ view.

One of the active system’s primary problems is a large number of wires that may prevent the actor from performing complex movements.

If using with high-resolution cameras, LED markers allow tracking more complex and smaller body movements such as facial expressions. In addition, LED markers are fragile and relatively of a high cost.

This motion capture technology is a more accomplished variant of the previous one. Some markers are tracked per time unit modulating the amplitude or pulse width to ensure marker identification.

– This methodology allows identifying the marker in time more accurately, in higher spatial and temporal resolution.

Passive markers are covered with a reflective material that can reflect the light source. Motion capture software is integrated to simulate a 3D model after obtaining data about the movement of an object. The disadvantage of passive markers is that with rapid movement or close proximity of markers to each other, the motion capture software can confuse them. This technology does not provide the identification of each marker, unlike active markers.

In this technology inexpensive multi-LED high-speed projectors are used instead of high-speed cameras. Specially constructed multi-LED infrared projectors optically encode space. In place of active and passive markers, this motion capture technology applies photosensitive marker tags to decode the optical signals. Marker tags can be invisibly placed not only in clothes but also in any point of the scene.

Marker tags сan determine not only their location but also the lighting, their orientation, and reflectivity.   It is possible to install unlimited amount of tags that uniquely identifiable to prevent reiteration of marker identification.   As high-speed camera and a corresponding high-speed image stream are not applied, less bandwidth is necessary. This technology is more suitable for fixed motion capture and virtual sets’ broadcasting in real time.

Markerless motion capture technology does not require special sensors or a special suit. It is based on technologies of computer vision and pattern recognition. The silhouette of the actor is examined by several cameras from different angles. Tracking is carried out using a usual camera, or a webcam, and a personal computer.  The actor can wear ordinary clothes, which allows performing complex movements, such as falling or jumping, without risk of damaging sensors.   Sometimes there is no need in special equipment, lighting, and space.

Non-optical motion capture systems are separated according to the type of sensors. There are 3 types of such sensors:

Inertial systems use inertial sensors, including miniature gyroscopes, located on the body of the actor as well as markers or magnets in other mocap systems. Data from sensors are transferred to the computer, where they are processed and recorded. The system determines not only the position of the sensor but also the angle of its inclination.

– Inertial systems are used only for motion tracking, they can not capture facial expressions.

– Allows tracking only the movement of individual parts of the object relative to the object itself. For example, if a person moves, the movements of his hands are well captured.

An additional mini-system, optical or magnetic, is needed for determining the position of the actor in the space. It’s necessary to attach an additional controller to the actor and connect it to magnetic markers. A bundle of wires can be even stretched from the actor to the computer.

– The longer inertial system is used, the more drift of tracking points. Usually, drift occurs after about 3 minutes.

Mechanical systems directly follow the joints’ flexures. A special mechanical mocap-skeleton is put on the actor, which repeats all his movements. In the computer, data are transmitted about the angles of folds of all joints. Mechanical motion sensor systems can be both wired and wireless.

The first kind is provided by mocap-skeleton with an additional controller attached to the actor and connected to joint angles sensors. In this case, the wires stretching from the skeleton severely restrict the movements of the actor.

Also, mechanical motion sensors are able to track only body movements, not facial expressions.  If using carelessly, a risk of mechanics breakdown exists.  In general, such systems are quite autonomous and relatively inexpensive.

In magnetic systems markers are magnets, and receivers act as cameras. The system scans their positions by distortions of the magnetic flux. The magnetic mocap system includes sensors, where each of them operates to measure the position and rotation of the corresponding joint. Transmitters are integrated into the magnetic motion capture device. They can generate up to six degrees of freedom, which is more than in mechanical motion systems.

– The capture working area for magnetic systems is dramatically smaller than it is for optical systems.

– Magnetic systems with multiple actors operating in the same space reduce the accuracy of position measurement because of interference which is created by sensors of another magnetic capture system.

Furthermore, magnetic systems are subject to magnetic and electrical interference from metal objects and environmental conditions such as electrical wiring, office equipment or fixtures of the building. So, magnets сan provide high accuracy only in a controllable environment.

– Magnetic mocap systems can not capture facial movements and expressions.

– Magnets acting as sensors are quite expensive.

In the abstract several types of motion capture can be mixed and form hybrid mo-cap systems. Inertial motion capture is the most common type among non-optical mocap systems. Given its shortcomings, a hybrid capture system is often used. In particular, drift can be leveled by optics, which more accurately tracks the position of a part of the object relative to the object itself and, in general, the position of the object in space. Thus, hybrid motion capture system has the advantages in comparison with inertial one and optical mocap, used separately.

So, numerous kinds of motion capture are systematically outlined above. If you want to ask any specific details, please, feel free to contact us or comment below.

Follow our blog to learn more about motion capture in VR and Teslasuit mo-cap system.