Forward to the 6th sense in immersive space

Outer space has always been most associated with the future: not just with the technologies’ development and scientific achievements, but with fantastic, “out of this world” reality.

It so happened that the space exploration coincided with the development of the concept of virtual reality. It all happened in the 60s:

We perceive reality with our five basic senses: sight, hearing, smell, taste, touch. In this regard, XR is no exception.

Transmission of sensations is a new stage in the development of communication technology and immersion in artificial reality. 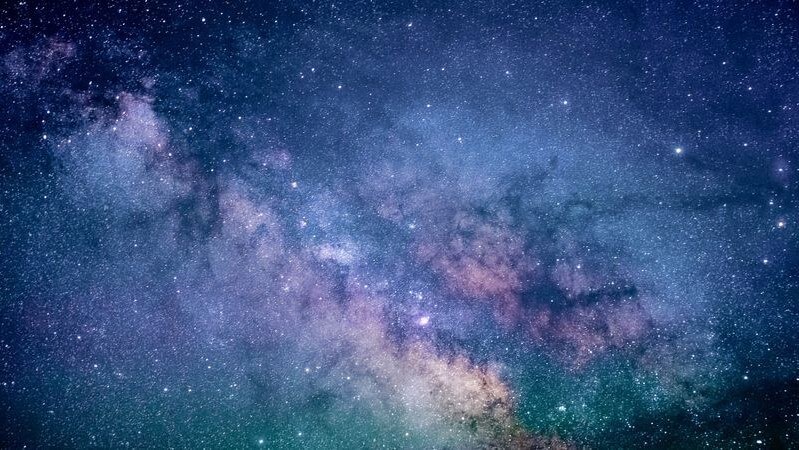 It can be said that smart clothing is our cybernetic “second skin”, which in the future can become the “sixth sense” both when immersed in a virtual world and in space.

In the future such a technology will provide additional opportunities for the space industry:

The harder you train, the better you’ll fly

The main challenges facing space industry are preflight training of astronauts and negative impact of space environment on human health.

Preparation for spaceflight is a long process consisting of special medical researches, tests and trainings. Future astronauts undergo not only theoretical and general physical training, but also tests in conditions of weightlessness, loneliness, tests in a heat chamber, pressure chamber and centrifuge. 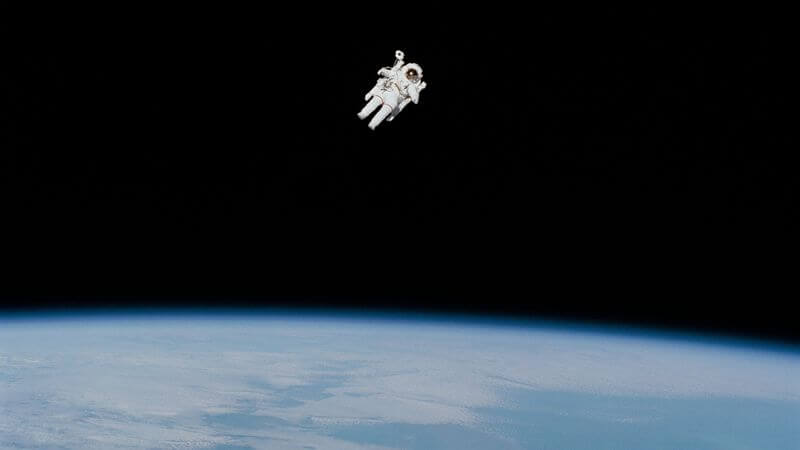 Additionally, cybernetic “second skin” operates as a coach thanks to the motion capture and electrostimulation system to work out specific muscle groups. EMS activates passive haptic learning, providing better memorization of the movements’ mechanics and the sequence of work.

Climate control allows for simulating high temperature conditions as in the heat chamber.

Generally, the platform potentially creates the most realistic conditions for training, increasing efficiency and shortening the time for training and preparing for flight.

Integrating into activities in outer space

As we see, to become an astronauts are required to have remarkable health and abilities, but they also suffer during space flight.

A long stay in space causes muscle atrophy. A study by the University of Marquette in Wisconsin in the United States revealed that under weightlessness the muscles of 30-50 year old astronauts degrade to the state of an 80 year-old man.

Each member of the crew on the ISS devotes an hour of cardio training per day and another hour to muscle-strengthening exercises.

Nevertheless, after orbiting the Earth for six months, cosmonauts’ ability to do physical work fall by about 40 percent. And they have difficulty walking after returning to Earth after the same term.

With EMS (Electrical Muscle Stimulation) electrical pulses are transmitted directly into a muscle or a group of muscles to enhance their function. It can be used both during space flight and after it.

Electrical muscle stimulation can develop muscle bulk along side continuous training. The factors that can influence the speed of increment of muscle bulk are the level of subcutaneous fat tissue, the electrode size, duration of therapy and muscle condition.

Full-body electromyostimulation can provide positive dynamics in increase of skeletal muscle mass index and handgrip strength which is essential for astronauts.

Also EMS can be used as a recovery tool. As such, it performs 4 functions:

Electromyography is a method for studying bioelectrical potentials that arise in skeletal muscles with the excitation of muscle fibers. Also EMG is referred to registration of electrical muscle activity.

In addition, applying EMG to training may improve training especially detecting errors as a result of muscles’ wrong tensions. 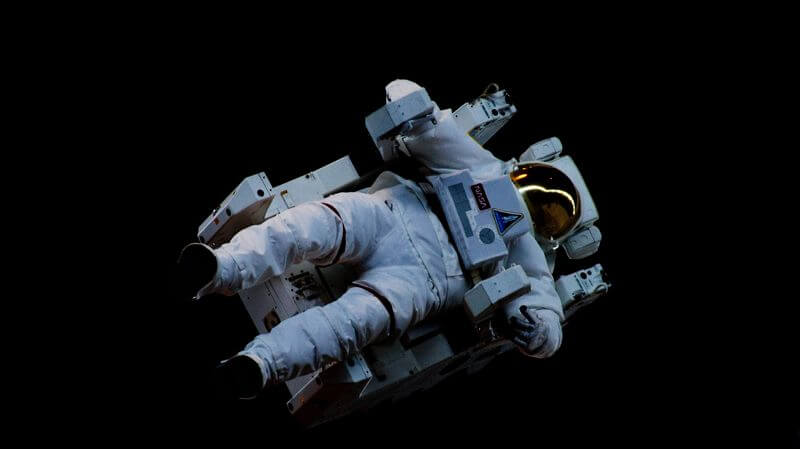 ECG biometric analysis to reduce negative impact on the heart

In space the heart is not under a sufficiently high load, which can lead to a loss in the mass of its muscles. This can cause serious consequences for astronauts when returning to Earth.

For several weeks of life on the ISS, the astronaut’s heart loses its usual elongated shape, on average, “rounding” by approximately 9%. The reason for this is thinning of the muscular walls of the heart.

Electrocardiography is the process of recording the electrical activity of the heart during a certain period of time by means of electrodes placed on the skin.

The suit with electrodes tracks the astronaut’s heart rate and view real time ECG with great precision. In so doing, most normal ECG is filtered out, and the ECG abnormalities are analyzed.

Astronauts’ circadian rhythms are broken as in orbit the sun rises every 90 minutes. People hardly manage to adapt to the absence of a natural night. In addition, they are overexcited due to being in space. At the same time, they are forced to get used to slumber in a sleeping bag, strapped to the wall. 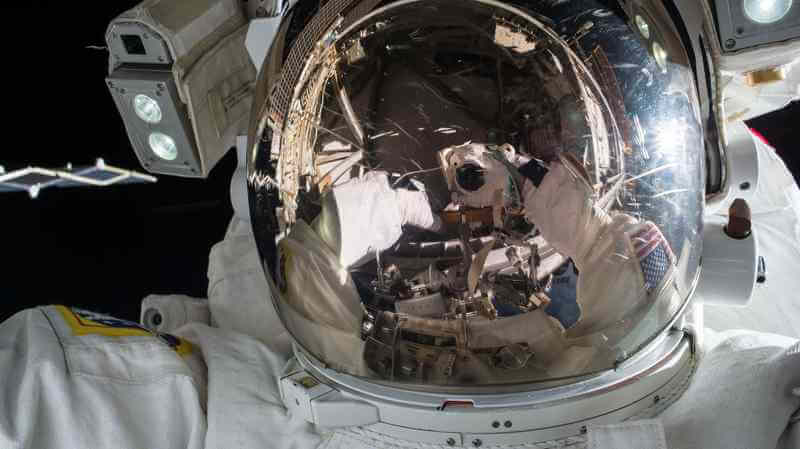 Cosmic radiation certainly give even more causes for alarm. Astronauts often report that they see bright flashes of light. The reason lies in the cosmic rays passing through their brains. This is despite the fact the ISS rotates at a fairly low orbit, and the Earth’s atmosphere partially protects the inhabitants of the station from hard radiation. But in deep space, for example, on the way to the Moon or Mars, the opportunity to receive a lethal dose of radiation is becoming increasingly real. This makes long flights too dangerous.

Detecting and measuring ionizing radiation is enabled with the Geiger counter. Such a measurement will help to prevent adverse health effects of radiation exposure.

Climate control to level extreme temperatures and their large variations

Sudden changes in temperature (its increase or decrease) adversely affect the human health. The temperature may be high or low not only inside the spaceship, but also at the place of landing of the crew. Space temperature conditions can reach minus 380°F while in the sunlight they can amount 250°F. 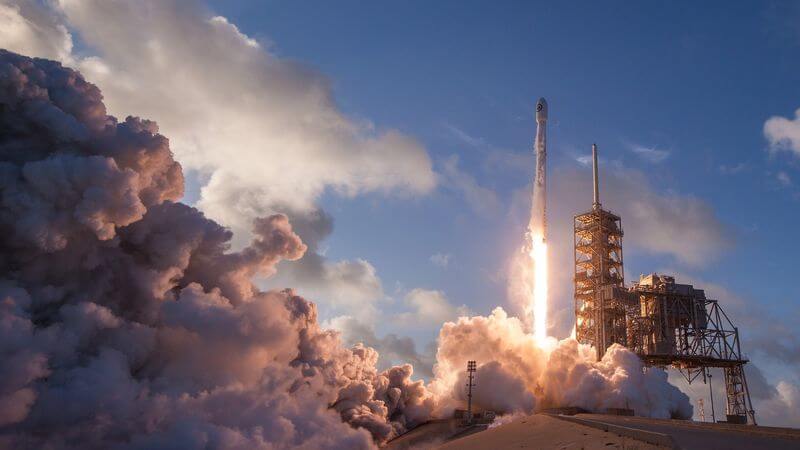 One of the reasons for the temperature increase inside the spacecraft can be a fire. It is necessary to take into account not only the immediate causes of the fire, but also the potential danger of its occurrence, which may increase as a result of a high oxygen content or in connection with the use of highly inflammable materials.

Space suit equipped with thermal changes all over the body allows the user to monitor and control the outfit’s internal temperature from low to high temperatures, depending on the situation and needs.

Thermoelectric cooling is one of the climate control technologies. It’s a smart, heat exchange technology to create instant coolness or warmth when needed, while guaranteeing long-lasting comfort. Tones of cool improves and accelerates thermal energy exchange between the body and the textile, where the redundant heat is then dissipated to instantly reduce the wearer’s temperature.

In addition, thermoelectric cooling can be used to monitor the temperature and humidity inside  astronauts’ suit during training. Astronauts may face extreme cold and hot conditions,therefore the suit can be worn to comfort them in different environments.

The advantage of thermoelectric cooling in space

Thermoelectric cooling space suit has the advantage in comparison with other methods of cooling such as cold-water immersion and others. It reduces skin temperature without reducing muscle temperature, so astronauts can wear them during warm-up or recovery breaks training. Furthermore, reducing skin temperature, cooling smart clothing lowers cardiovascular strain. In addition, such a system of climate control allows for creating the most lightweight and comfortable garment for severe external conditions of space.

If astronauts are first undergoing through a period of adaptation to outer space, then in the second part of the space mission, astronauts feel psychological tension that can even grow into depression.

The most difficult part is often the final part of the flight, returning to the Earth. Daily affairs become burdensome, crew members are easily annoyed. The days drag on slowly. In general, participants are exhausted by monotony and despair. 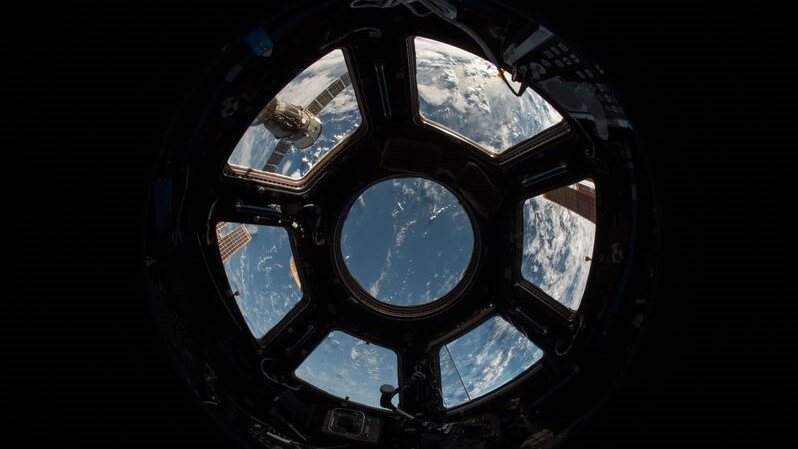 GSR (galvanic skin response) is one of the most representative characteristics of emotional arousal. It’s related to electrodermal activity and skin conductance. Actually GSR covers the changes of electrical characteristics of the skin.

Both electrodermal activity and skin conductance are not under our control. Therefore, GSR provides an indication of emotional state which has visual expression and can be quantified. Thus, GSR gives a strong signal of not only physiological but also psychological processes of an astronaut.

And in this, GSR gives really impressive results in combination with other types of biometric data: ECG, EEG, EMG, etc. Such an integrated approach allows to see the whole thing of emotional behavior.

In foreseeable future space suits can be produced with smart clothing that is perfect for preflight training, space operations and protection. It will significantly improve the functions necessary for astronauts: